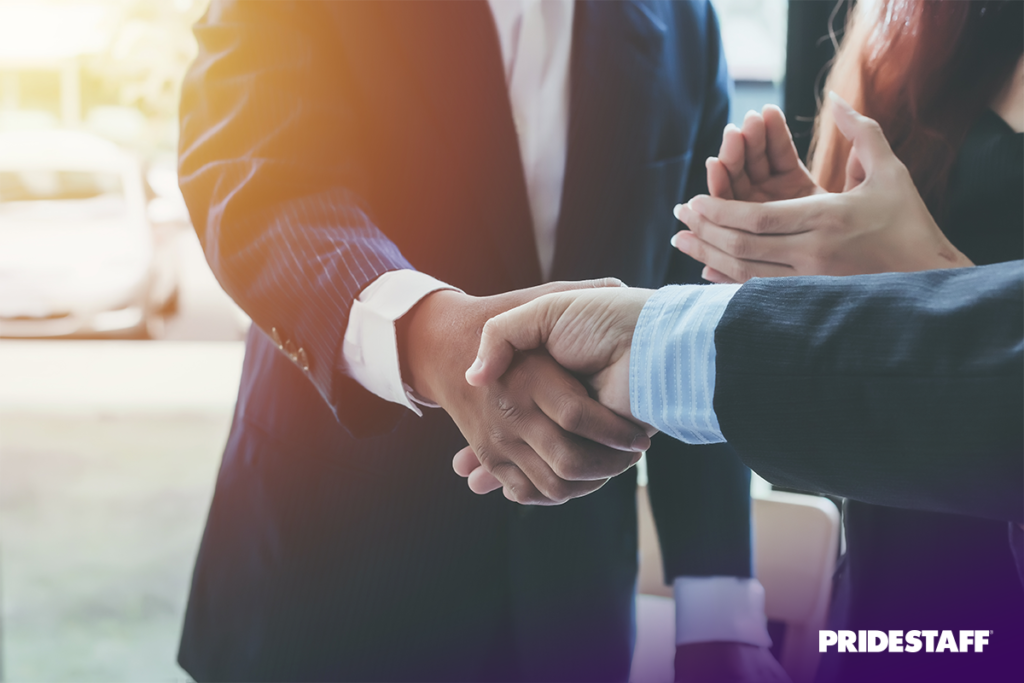 In today’s evolving and increasingly competitive franchise industry, PrideStaff, a national, franchised staffing organization, is pleased to announce that they were named a top 500 franchise by Entrepreneur for the eighth year in a row. This year, PrideStaff was ranked number 177 on the Franchise 500® list which is a jump up from being number 319 in 2013.

More than 1,100 companies applied to the 41st annual Franchise 500 ranking, making this year’s field the most competitive yet. From restaurants and maintenance services, to staffing firms and insurance agencies, contenders were evaluated according to a proprietary formula based on five pillars of performance: costs and fees, size and growth, support, brand strength, and financial strength and stability. To be eligible to rank, a franchisor must have been seeking new franchisees in the U.S. or Canada and must have had a minimum of 10 units open and operating as of July 31, 2019, with at least one franchise located in North America.

“PrideStaff continues to make the Franchise 500 ranking by being a recognized leader within a robust industry,” said PrideStaff Vice President of Franchise Development, Paula Pizarro. “The staffing industry as a whole has enjoyed steady growth for more than a decade and still has amazing untapped potential, outpacing both economic and employment growth.”

“Within the staffing industry, PrideStaff ranks among the top 1% of organizations, thanks to our national resources, industry-leading technology and focus on customer experience,” continued Pizarro. “By maintaining this level of excellence within a booming industry, and offering affordable franchising opportunities, we’re enjoying an eighth consecutive year on what’s touted as ‘the world’s first, best, and most comprehensive franchise ranking’.”

This latest honor is not the only recognition PrideStaff has received for franchise excellence within the past twelve months. In addition to making the 2020 Franchise 500 Ranking, PrideStaff also distinguished itself by being named an Entrepreneur 2019 Top Franchise for Veterans.

The success of PrideStaff’s approach is evident, as they consistently rank among the highest 1% of staffing firms in the industry. According to ClearlyRated, a business intelligence firm specializing in the staffing industry, PrideStaff earned a client Net Promoter® Score (NPS) as high as or higher than other well-known brands such as Southwest Airlines and Netflix. NPS is computed by subtracting a firm’s detractors from its promoters.

About PrideStaff
PrideStaff was founded in the 1970s as 100% company-owned units and began staffing franchising in 1995. They operate over 80 offices in North America to serve over 5,000 clients and are headquartered in Fresno, CA. With over 40 years in the staffing business, PrideStaff offers the resources and expertise of a national firm with the spirit, dedication and personal service of smaller, entrepreneurial firms. PrideStaff is the only nationwide, commercial staffing firm in the U.S. and Canada with over $100 million in annual revenue to earn ClearlyRated’s prestigious Best of Staffing Diamond Award six years in a row highlighting exceptional client and talent service quality.