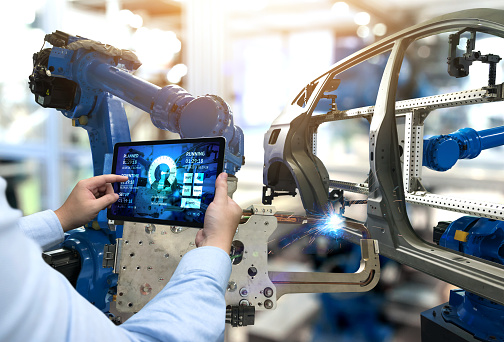 It’s tough when you lose out on a job to another guy.

But when that other guy is a robot?!? It’s downright infuriating.

Robots, drones and certain forms of artificial intelligence are rapidly replacing humans in all kinds of manufacturing, production and warehouse jobs. If you work in one of these environments, are you doomed?

If you’re smart and proactive, you won’t be yelling, “A ROBOT STOLE MY JOB!” Anytime soon. Here’s why:

Are robots your friend or enemy? That’s largely up to you! If you are open-minded, committed to learning new skills, and ready to evolve your role in manufacturing, you can have a strong, bright future in this industry for decades to come.

Don’t want to be replaced by a robot?

Partner with a PrideStaff recruiter. Our experts will take the time to understand your interests, your transferable job skills and the value you bring to a potential employer – and then present job opportunities where you can make a meaningful impact.

To us, you’re much more than a collection of job skills. If you want to build a real future within the manufacturing, production or skilled trades fields, apply with your local PrideStaff office or search jobs here.